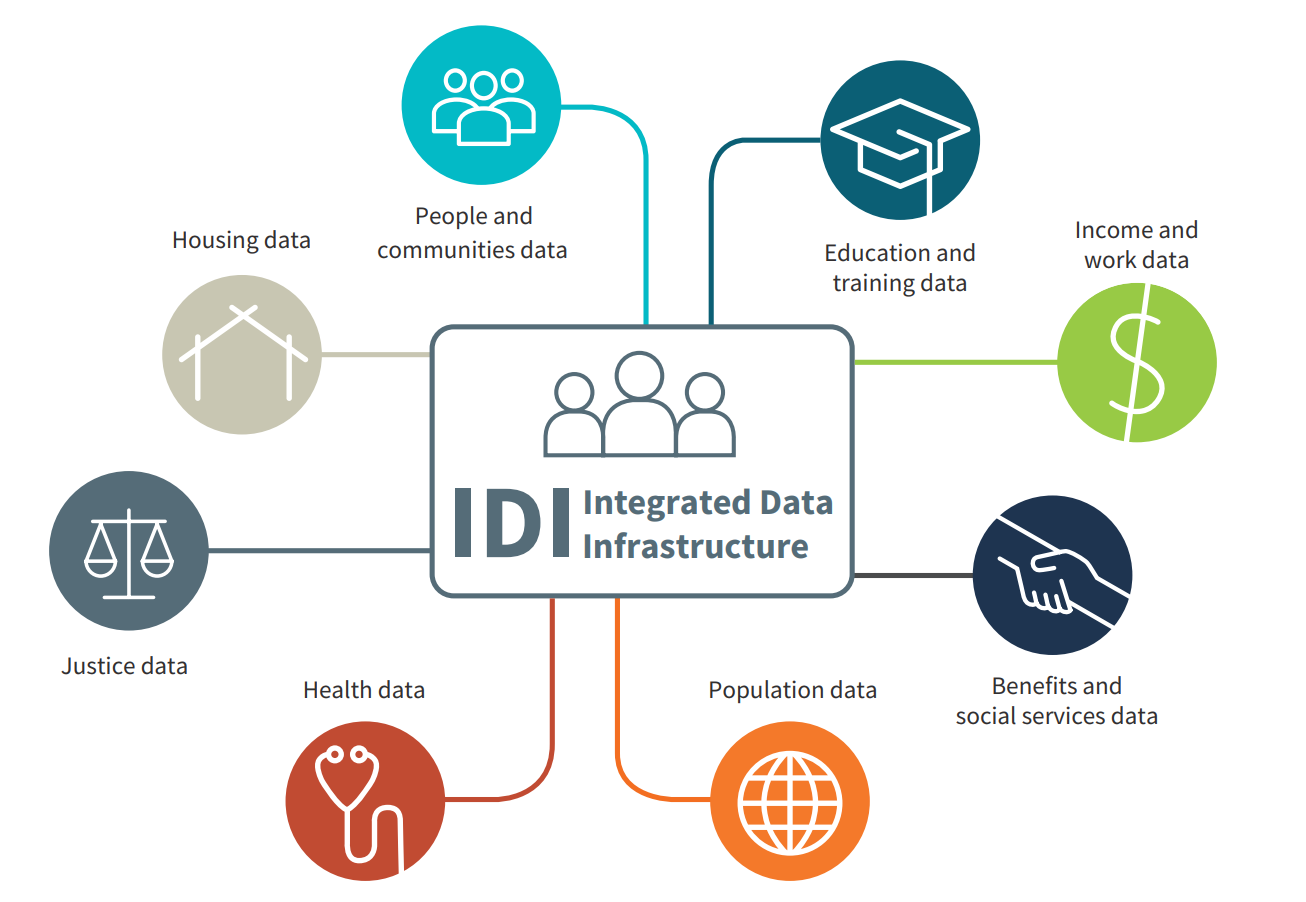 The census allows us to determine both a person’s occupation and the industry they work in. We can use both pieces of information to create a definition of a workforce. The only census available in the IDI is the 2013 census so we only have access to this data at a single point in time. The IRD dataset allows us to track a workforce over time, however it does not give us any information on a person’s occupation, so our definition of a workforce is necessarily broader.

We can also determine someone’s sector of employment from IRD records. This has the advantage of being trackable over time and providing detailed information about income. IRD records do not have any information about a person’s occupation, however. This limits us to defining a workforce based on their industry only. We can use income thresholds to select the less casual elements of a workforce. For example, we may include only those who earn more than $2500 per month in a sector.

For comparison with the census data, we calculate the size of the IRD-defined workforce for March 2013 (the month of the census). In the chart below we show how the workforce breaks down by income for income thresholds of $500 and $2500 per month. We do not use income thresholds for people earning income from self-employment as their income does not necessarily correlate with time spent working (e.g. they may make a loss).

Some sectors do not have any industries that accurately correspond to them, only occupations. These occupation-defined sectors cannot be tracked in the IRD data. These sectors will have no data when selected in the chart below.

We can see how closely the census and IRD definitions of a workforce align with each other by checking how much they overlap during the month of the census. The chart below shows the proportion of those classified by either definition who are classified by each definition. The donut charts show a breakdown of why people were not included in a particular definition.

The exact proportion differ between industries, but the main reason for not being included in a definition is that no record exists either in the census or IRD records. There may be no IRD record because a worker happened to not make any income in the month of the census but was working in the sector in earlier months. Those people who received income in March 2013 but did not appear in the census are more difficult to explain. They will be some combination of people who happened to go overseas during the census, those who did not fill out the census, and those whose census records have not been matched to their IRD records.

Census and IRD data give us two complementary ways to define a workforce. Occupation data in the census allows us to create a precise definition of a workforce which is useful, particularly when we are looking specifically at trade roles. IRD data allows us to track a workforce over time, though with less precision. We will use definitions based on both sets of data, choosing each where it is appropriate.

Women in trades over time

Some sectors in the trades are succeeding in attracting women into their workforce, while others are struggling

Breakdown of an IRD defined workforce

Investigate the overlap between IRD and census defined workforces